This article was originally published years ago on Medium. These days, I think Parcel is the best way to watch and compile your Sass code. I have a short article on how to get setup here: Parcel for your Sass 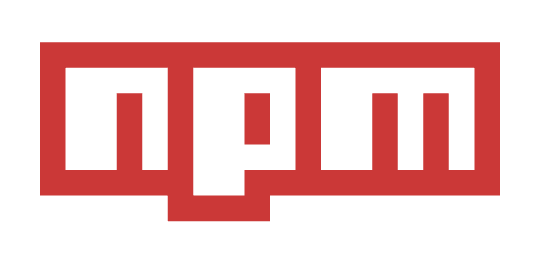 I build a lot of websites and simple prototypes using Node.js and Sass.

Both of them are great for what I do at work and for my own side projects.

Where I work at Bluemix, we’re interested in using the least amount of package managers possible to simplify how we work with the front-end of our code bases. Speaking just for myself, I’ve been slowly catching on to using npm as my package manager and build tool.

Have you ever wanted to write a single starting command for your app? In the best case scenario, for simple projects, my terminal usually looks like this: 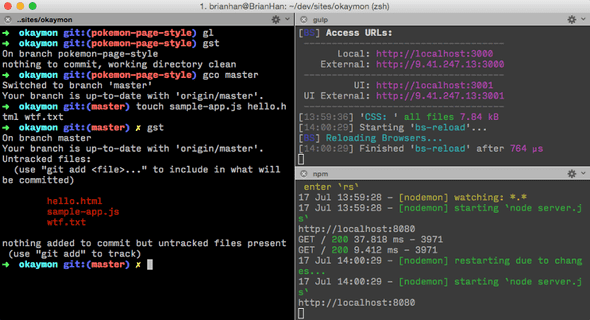 This is fine. We can make this better. But I want this article to be a baby first step into showing how npm can be an asset pipeline and build tool by enabling you to do two things:

You need Node.js installed on your computer.

If you’re on a Mac, I recommend installing Homebrew, a package manager for mac.

After installing this, you can install Node.js by doing:

If you want more details on installing Node.js, check out this article from Treehouse.

Getting Started Open terminal and create a new folder for our project.

Now let’s set up our files. Create these folders: 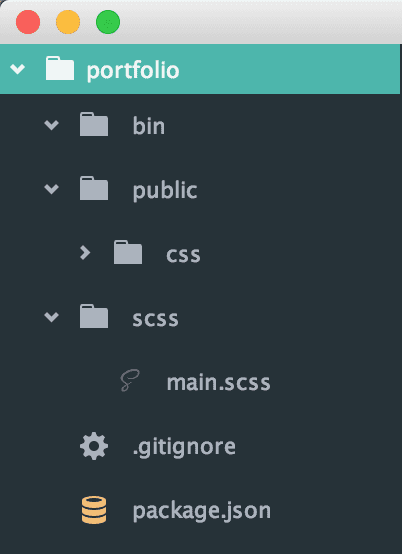 When I started playing around with npm scripts, my original intention was to stop using gulp and try to write everything I needed using things like node-sass, autoprefixer, and browsersync without their respective gulp tasks.

In this section, I’ll show you how I made a simple sass compiler and watcher without using gulp.js and only using npm scripts.

This section will probably be the simplest example for understanding npm scripts so let’s diiiiive in.

Before we write our first script, write some dummy scss in your main.scss file so node-sass can use that to compile.

In your package.json, find the “scripts” object and inside, write the following code:

In your terminal, do this:

Go look at your main.css file and you’ll see that node-sass indeed compiled your scss file to css. Awesome!

Let’s update our scripts with a watch script. Inside package.json, make your scripts object look like this:

Now let’s try it in the terminal!

Open up your text editor and start writing some more styles in your main.scss file. Now check your main.css file and the terminal. You’ll see that whenever you save new styles to main.scss, those changes will re-compile to create updates to main.css and you’ll see some feedback from your terminal, like this: 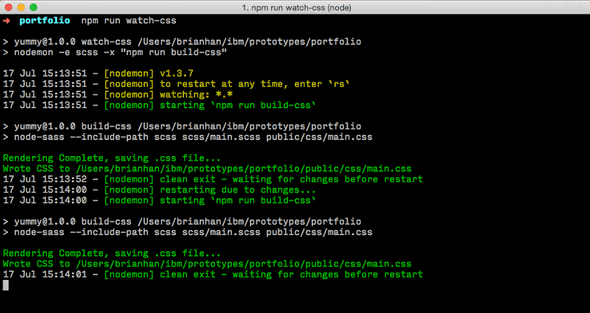 So congrats! You’ve built your own sass compiler and watcher that you can start using npm scripts.

If you decide you want to stick with this, let’s capture the node-sass and nodemon scripts in their own executable files.

Refactor: Move scripts into their own files

Create a build-css file and a watch-css file (no file extensions) inside the bin folder.

We can clean up these files so we don’t have to escape any quotes. For example, your build-css file should look like this:

We also need to make both of these files executable.

Do this in your command line:

Now go back to your package.json file and change the scripts to reference the relative paths of our new bin files. So, it’ll look like this:

This is a lot cleaner looking, right?

Now try running npm run watch-css again and you’ll see it should work just the way it did before.

Thanks for getting this far and taking the time to follow along with this article! You can find all this code up on my GitHub.

Obviously this is missing a lot of stuff that I usually like to have in my projects, like live-reload and autoprefixer. For a more useful set-up that includes those missing things, check out my npm-sass repo for Express.js projects.

Anyway, thanks again for reading. Here are some puppies.